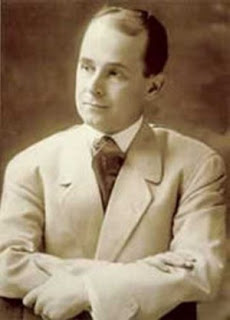 McCay’s paternal grandparents were Scottish immigrants and settled as farmers in East Zorra in Upper Canada. McCay grew up in Spring Lake, Michigan.

McCay started his professional career making posters and in 1898 he began illustrating for newspapers and magazines. In 1903 he joined the New York Herald, where he created popular comic strips such as Little Sammy Sneeze and Dream of the Rarebit Fiend.

In 1905 his strip Little Nemo in Slumberland was published—a fantasy strip in an Art Nouveau style about a young boy and his adventurous dreams. The strip demonstrated McCay’s strong graphic sense and mastery of colour and linear perspective.  McCay experimented with the formal elements of the comic strip page, arranging and sizing panels to increase impact and enhance the narrative.

In his drawings, McCay made bold, prodigious use of linear perspective, particularly in detailed architecture and cityscapes. His comic strip work has influenced generations of cartoonists and illustrators.

McCay came to see the possibility of making moving pictures of his cartoons. He claimed to be “the first man in the world to make animated cartoons”, though he was preceded by others such as James Stuart Blackton. Between 1911 and 1921 he self-financed and animated ten films, some of which survive only as fragments.

He made four thousand drawings on rice paper for his first animated story, which starred his Little Nemo characters. With his son as the model for Little Nemo. They were shot at Vitagraph Studios under Blackton’s supervision. Little Nemo debuted in movie theatres in 1911, and its good reception motivated him to hand-colour each of the frames of the originally black-and-white animation.

THE SINKING OF THE LUSITANIA

McCay and his assistants worked for twenty-two months on his most ambitious film, The Sinking of the Lusitania (1918), a patriotic recreation of the German torpedoing in 1915 of the RMS Lusitania.

HOW A MOSQUITO OPERATES

His next animated film, How a Mosquito Operates is based on a Rarebit Fiend episode from 1909, in which a man in bed tries in vain to defend himself from a giant mosquito, which drinks itself so full that it explodes.

Gertie the Dinosaur debuted in February 1914 as part of McCay’s vaudeville act. McCay introduced Gertie as “the only dinosaur in captivity”  and commanded the animated beast with a whip. Gertie seemed to obey McCay, bowing to the audience, though she had a will of her own and sometimes rebelled.

On July 26, 1934, to his horror, he found his right arm — his drawing arm — paralyzed. He lost consciousness and was pronounced dead later that afternoon, with his wife, children, and son-in-law by his side. He had a Masonic funeral in his home, attended by his newspaper colleagues, Hearst and his son, and the Society of Illustrators, among others.