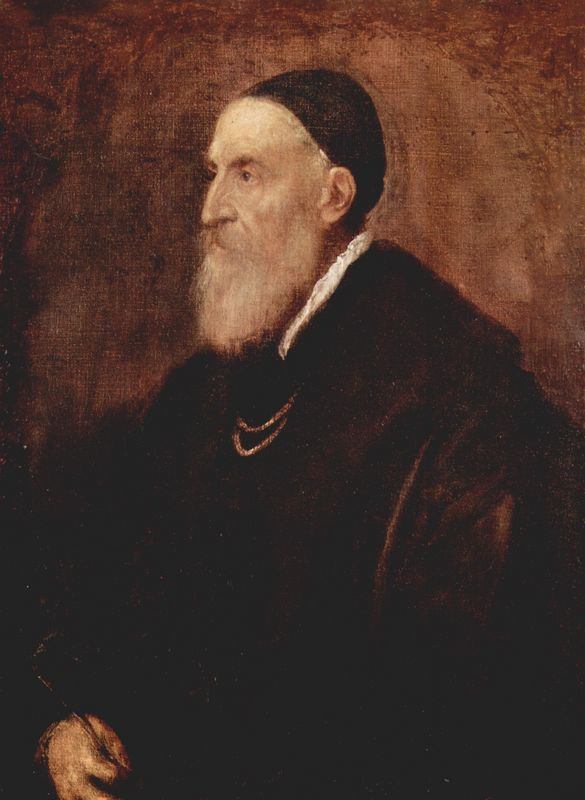 Titian – Tiziano Vecellio- was born in Veneto in the Dolomites and became the primus of the Venetian school of painting (with among others Veronese, El Greco, Tiepolo, Tintoretto). He made famous allegorical paintings and portraits, for instance, one of Emperor Charles V.

In 1506 the Laocoon – a sculpture made on the island Rhodes in circa 150 before Christ – was found back excavated from under the ruins of the palace of Emperor Titus (77 after Christ). In the beginning, the opinion prevailed of a sculpture executed in one piece. But Michelangelo could personally detect the connections between the different parts.

From all Europe, artists went to Rome to draw and measure the whole and the parts. From the Netherlands, for instance, Jan Gossaert and Maarten van Heemskerk.

The restored sculpture represents a well-known episode from the Trojan war. The priest Laocoon had warned for the stratagem with the wooden Trojan horse. After the detection of this treason Laocoon and his sons were strangled by sea snakes after the command of the goddess Athena (who had with others invented this ruse of war).

Read and Look more in the elaboration of this post in the site “ARTIST & CARICATURE”.