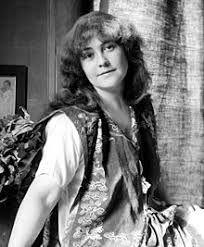 O’Neill was born in Wilkes-Barre, Pennsylvania, of Irish immigrated parents. When she was three years old her family relocated to rural Nebraska, where she spent her early life. From early childhood she expressed significant interest in the arts, immersing herself in drawing, painting, and sculpture. Neill was providing illustrations for the local Omaha publications Excelsior and The Great Divide as well as other periodicals. The income helped support her family.

To help foster his daughter’s talents, O’Neill’s father brought her to New York in 1893 to help begin her career. Illustrations by O’Neill were featured in a September 19, 1896, issue of True magazine, making her the first published American woman cartoonist.

During this time O’Neill was experiencing considerable success, having joined the staff of Puck, an American humour magazine, where she was the only female on staff. In 1909, she began drawing advertisements and contributed illustrations to Harper’s and Life magazines. In 1904, O’Neill published her first novel, The Loves of Edwy, which she also illustrated.

It was amid the New Woman and burgeoning suffragist movements that, in 1908, O’Neill began to concentrate on producing original artwork, and it was during this period that she created the whimsical Kewpie characters for which she became known. Their name, “Kewpie”, derives from Cupid, the Roman god of love. She described them as “a sort of little round fairy whose one idea is to teach people to be merry and kind at the same time”.
The Kewpie characters made their debut in comic strip form in 1909 in an issue of Ladies’ Home Journal.

In 1912, J. D. Kestner, a German porcelain company, began the manufacturing of Kewpie dolls, and that year, O’Neill travelled to their Waltershausen plant to oversee the production of the figurines. Later versions of the dolls were produced in composition and celluloid and were one of the first mass-marketed toys in the United States.

As O’Neill rose to fame, she garnered a public reputation as a bohemian and became an ardent women’s rights advocate. At the height of the Kewpie success, O’Neill was the highest-paid female illustrator in the world. O’Neill was well known in New York City’s artistic circles, and through her association, she was the inspiration for the song “Rose of Washington Square”.

She learned sculpture at the hand of Auguste Rodin and had several exhibitions of sculptures and paintings in Paris and the United States. These works were more experimental in nature and largely influenced by dreams and mythology.

In 1927, O’Neill returned to the United States. The Great Depression hurts O’Neill’s fortune. During that period, O’Neill was dismayed to find that her work was no longer in demand. After thirty years of popularity, the Kewpie character phenomenon had faded, and photography was replacing illustration as a commercial vehicle.

O’Neill experimented with crafting a new doll, eventually creating Little Ho Ho, which was a laughing baby Buddha. However, before plans could be finalized for production of the new little figure, the factory burned to the ground.