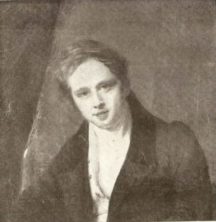 Tōpffer was born and died in Geneva. He studied literature and became a teacher and docent at the University.

In his free time, he wrote short illustrated stories.

L’Histoire de Monsieur Jabot was published in the United States in 1842 as “The Adventures of Mr Obadick Oldbuck”, inspiring the birth of the American graphic novel.

His stories are considered what nowadays is called comic strips and they are satirical about the 19th century ‘s society.