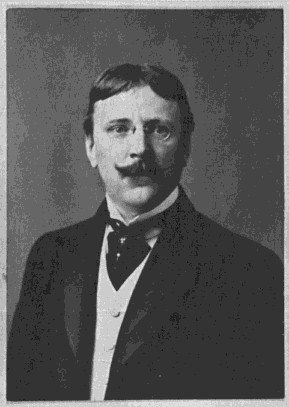 Born in Lancaster, Ohio out of parents with a German immigration background, he developed his skills in technical drawings and advertisement.

In 1888 he made advertisements and illustrations for Edison who just had patented his electric bulb. The results of this campaign were very positive so that Edison decided to send Outcault in 1889 to the World Exhibition in Paris as his assistant and representative.

Outcault used his stay in Paris to study art at the Academy in Quartier Latin nearby the recently built Eiffel Tower.

Back in the States he published one-panel-cartoons in Puck and Judge and created the following years the first comic strips as we know them now. A sequentially illustrated story, a narrative with words mostly in speech balloons. The first appeared in 1895 in the pages of the New York “World” as “Hogan’s Alley” probably inspired by the cartoons of Michael Angeloo Woolf.  From 1895 till 1898 appeared ‘The Yellows Kid” and from 1902 till 1921 “Buster Brown”.

The difference with earlier strips or comic books was the regular daily publishing in newspapers. The popularity of the strips did rise the edition and circulation of the newspapers, with the result that every newspaper has to publish them.

The last ten years of his life he retired from merchandising and the newspapers and devoted himself to painting.