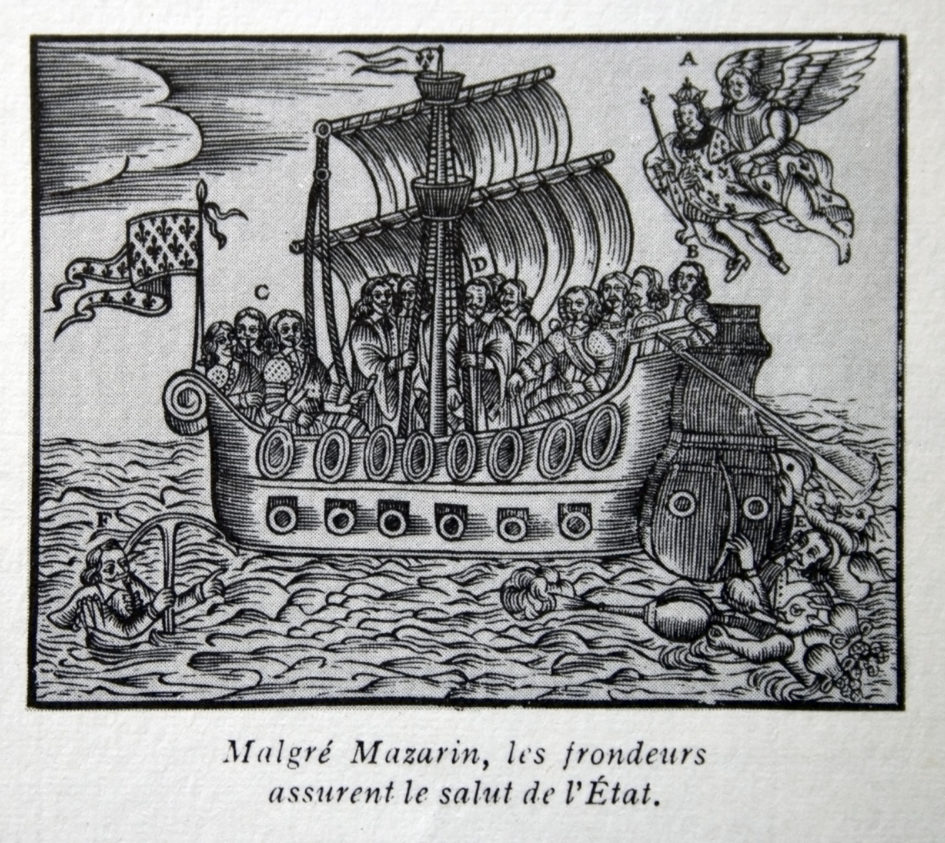 Louis XIV was five years old when his father died of tuberculosis, so he was raised by a regency council consisting of his mother Anne of Austria and Cardinal Mazarin.

At the time of the Fronde,  Louis was ten years old and this rebellion made a deep impression on him because it was directed against the monarchy. The name is derived from the sling or catapult with which the windows of the supporters of Mazarin were smashed.

The “Fronde princière” was a movement of the high nobility against absolutism. Mazarin was twice forced to go in exile with Anne of Austria and the young Louis to the castle of Bruhl near Cologne and ruled France from there. He eventually managed to bring about a schism between the “frondeurs” supporting the party of the bourgeoisie.

The Fronde was accompanied by a pamphlet war and satires on the politics and personality of Mazarin. There was namely also developed a love affair between the Cardinal and the Queen Mother.

These so-called “mazarinades” resembled a political comic strip on a primitive manner illustrated. Mazarin let collect them carefully by his librarian.