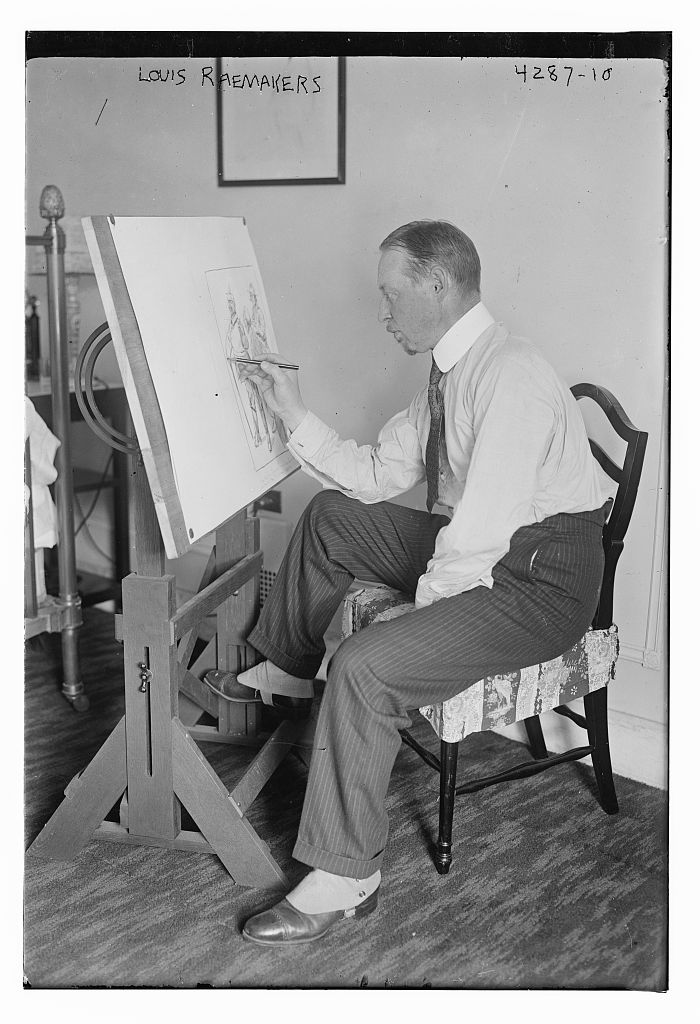 Louis Raemakers was born in Roermond in the Netherlands. Louis’ father published a weekly journal called De Volksvriend (Friend of the People) and was an influential man in liberal circles. His mother was of German descent. He was trained – and later working – as a drawing teacher and made landscapes and children’s books covers and illustrations in his free time. In 1906 his life took a decisive turn when he accepted the invitation to draw political cartoons for leading Dutch newspapers, first from 1906 till 1909 for the “Algemeen Handelsblad” and from 1909 onwards for “De Telegraaf”.

During The First World War, he was contracted by Britain’s War Propaganda Bureau Wellington House to ensure the mass distribution of his work both in England and elsewhere in support of the Allied propaganda. To this end forty of his most captive cartoons were published in Raemaekers Cartoons, translated into eighteen languages and distributed worldwide in neutral countries.

Albums, pamphlets, posters, postcards and cigarette cards bearing reproductions of his work soon became also available. His drawings were even recreated as tableaux vivants. The total number of Raemaekers’ cartoons distributed in this major propaganda effort increased quickly into the millions.

Following the end of the First World War, Louis Raemaekers settled in Brussels. He became an advocate of the League of Nations and devoted many sketches and articles to the cause of unity in Europe.

Shortly before the start of the Second World War Raemakers fled to the United States and remained there until 1946, when he returned to Brussels. He died in Scheveningen near The Hague in 1956.