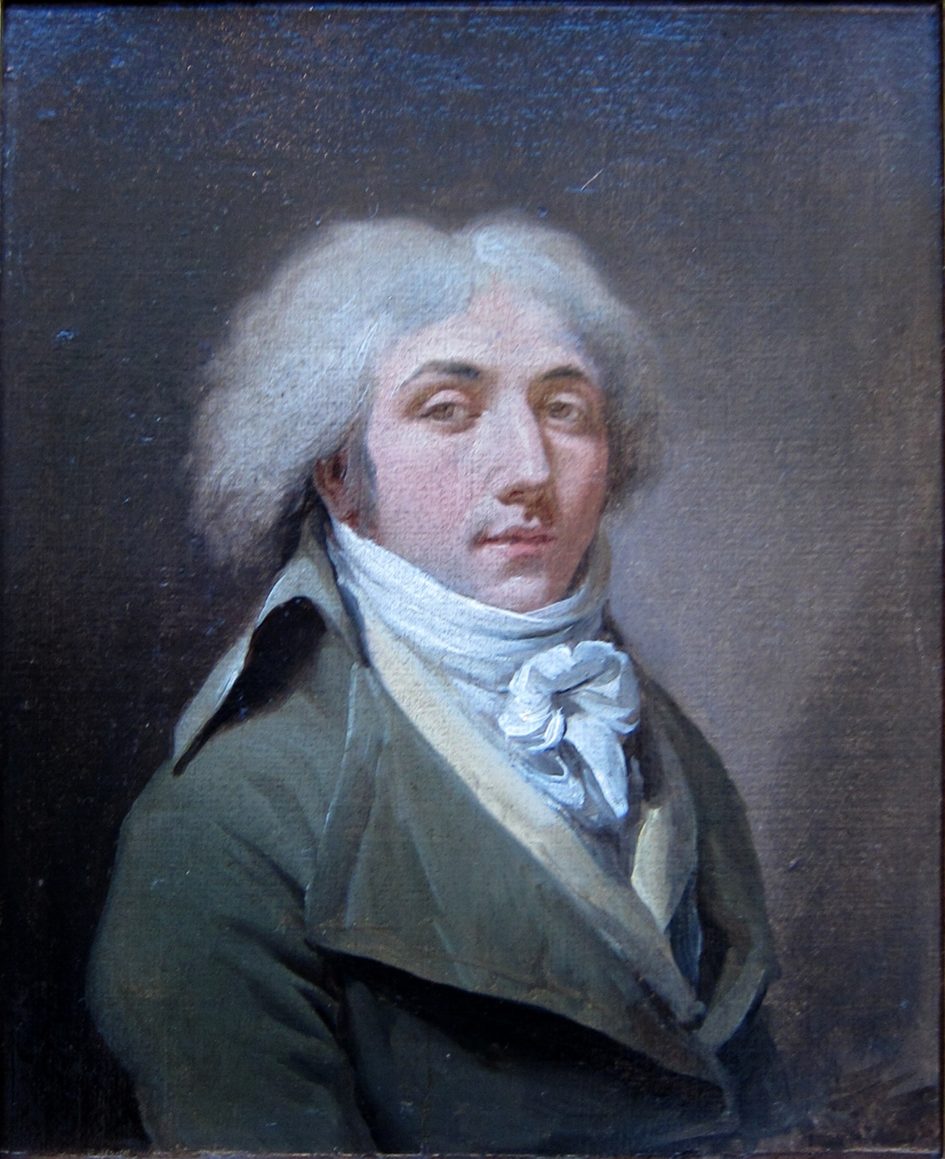 Boilly was born in La Bassée in Northern France and died in 1845 during the Restauration and July Monarchy. He started painting at the age of 13 and was practically autodidact influenced by Dutch 17th century genre painters Gabriel Metsu (1629 -1661) and Gerard Terborch (1617-1672) of which he owned a private collection.

His career as a painter and draftsman started in the era of the old regime and resisted all regime changes until the Restauration and July Monarchy.

But during the searching in his house and studio in the last moment, a patriotic cartoon was found showing “The Triumph of Marat”, which saved him for further disaster.