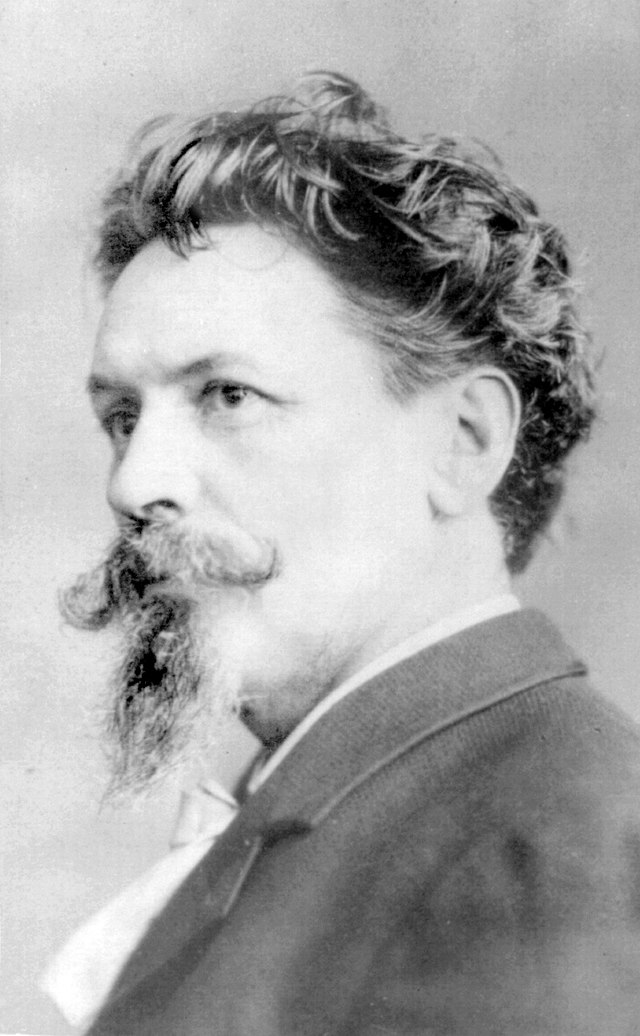 Keppler studied art at the Academy of Fine Arts Vienna. Unable to make a living from his art in Vienna he joined a theatrical troupe as a scene painter and then as a comedian, travelling with them into Tyrol and Italy.

Meanwhile, his father, who had come to the States to escape the European Revolutions of 1848, had established himself as the proprietor of a general store in a little town in northern Missouri. Hearing glowing accounts from America, young Keppler and his wife decided to emigrate.

After visiting his father, Keppler made his way to St Louis in 1867 and renewed his career as an actor. In 1869, he helped launch the German-American cartoon weekly, Die Vehme, which lasted for a year. It was followed by Frank und Frei, which lasted six months. In March 1871, he attempted another cartoon weekly, Puck, which lasted until August 1872.

In 1872, he moved with his wife and son to New York City and was soon working for Frank Leslie’s publishing house. Starting in 1874, he began contributing political cartoons to Frank Leslie’s Illustrated Newspaper.

In September 1876 he and fellow Frank Leslie employee Adolph Schwarzmann resurrected Puck for the New York German-American audience and then introduced an English-language version the following year.

Keppler’s main delight was in producing cartoons criticizing President Ulysses S. Grant, and the political corruption of his administration. His cartoons were famous for their caustic wit, generating much publicity for Puck and pioneering the use of colour lithography for caricature. Much of his success was due to a clever adaptation of classical and historical subjects to his criticisms of modern life.

Initially, Keppler drew all the Puck cartoons. When his workload became too much, he made use of several talented artists including Frederick Burr Opper, James A. Wales, Bernhard Gillam, Eugene Zimmerman, C. J. Taylor, and others.

In 1893, he took charge of a special World’s Fair Puck published weekly for six months on the grounds of the World’s Columbian Exposition. The stress and exhaustion of that experience damaged his health, and he died the next year in New York.

Keppler’s son, Udo J. Keppler (1872–1956), was also a political cartoonist and co-owner for Puck magazine, a collector of Indian artefacts and an Indian activist. He had his name changed to Joseph Keppler Jr. in honour of his father.