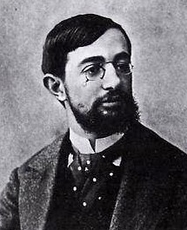 In 1881 Henri assisted his uncle Amédée Tapié de Celeyran with the inundation of his vineyards near Narbonne. This inundation was at that time the only remedy (by drowning) against the phylloxera an insect that destroys the vines………..

Read and look more in the elaboration of this post in the site “Artist and Caricature”.