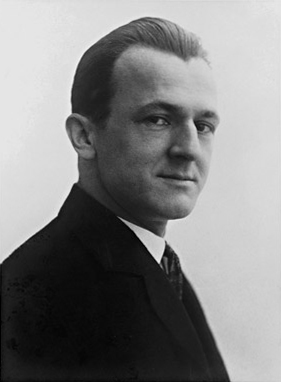 Grosz was born as Georg Ehrenfried Groß in Berlin, Germany. He grew up in the Pomeranian town of Stolp (Słupsk), where his mother became the keeper of the local Hussars Officers’ mess after his father died in 1901.

Grosz developed his skills by drawing meticulous copies of the drinking scenes of Eduard von Grützner, and by drawing imaginary battle scenes.

From 1909–1911, he studied at the Dresden Academy of Fine Arts and subsequently at the Berlin College of Arts and Crafts under Emil Orlik.

In 1916 he changed the spelling of his name to George Grosz as a protest against German nationalism and out of a romantic enthusiasm for America that originated in his early reading of the books of James Fenimore Cooper, Bret Harte and Karl May, and which he retained for the rest of his life.

Grosz was arrested during the Spartakus uprising in January 1919, but escaped using fake identification documents; he joined the Communist Party of Germany (KPD) in the same year.

In 1921 Grosz was accused of insulting the army, which resulted in a 300 German Mark fine and the destruction of the collection “Gott mit uns” (“God with us”), a satire on German society. Grosz left the KPD in 1922 after having spent five months in Russia and meeting Lenin and Trotsky, because of his antagonism to any form of dictatorial authority.

In America, Grosz determined to make a clean break with his past and changed his style and subject matter.

After his emigration to the USA in 1933, Grosz “sharply rejected [his] previous work, and caricature in general.” In place of his earlier corrosive vision of the city, he now painted conventional nudes and many landscape watercolours. More acerbic works, such as Cain, or Hitler in Hell (1944), were the exception.

From 1947 to 1959, George Grosz lived in Huntington, New York where he taught painting at the Huntington Township Art League, in relative penury.