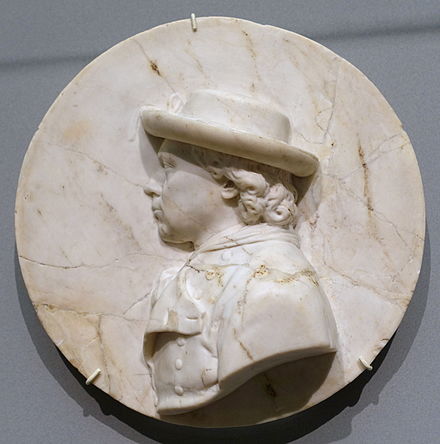 Born in the southwestern town of Wiesensteig, located in the region of the Swabian Jura Germany, Messerschmidt grew up in the Munich home of his uncle, the sculptor Johann Baptist Straub, who became his first master.

At the end of 1755, he matriculated at the Academy of Fine Arts Vienna and became a pupil of Jacob Schletterer. Graduated, he got work at the imperial arms collection. Here, in the building’s Salon in 1760-63 he made his first known works of art, the bronze busts of the imperial couple and reliefs representing the heir of the crown and his wife.

In 1770 Messerschmidt began to work on his so-called character heads, which it has been argued (notably by Ernst Kris) were connected with certain paranoid ideas and hallucinations from which, at the beginning of the seventies, the master began to suffer.

In a letter to the Empress, Count Kaunitz praised Messerschmidt’s abilities but suggested that the nature of his illness (referred to as a “confusion in the head”) would make such an appointment detrimental to the institution.

“Pinches to the right lower rib”

Messerschmidt devised a series of pinches he administered to his right lower rib. Observing the resulting facial expressions in a mirror, Messerschmidt then set about recording them in marble and bronze. His intention, he told, was to represent the 64 “canonical grimaces” of the human face using himself as a template.