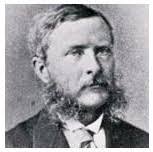 Charles Wirgman was an English artist and cartoonist, the creator of the Japan Punch and illustrator in the Meiji period for the Illustrated London News.

Wirgman was the eldest son of Ferdinand Charles Wirgman (1806–57) and brother of Theodore Blake Wirgman. He married Ozawa Kane in 1863, and the couple had one son.

Wirgman arrived in Japan in 1861 as a correspondent for the Illustrated London News and resided in Yokohama from 1861 until his death. He published the first magazine in Japan, the Japan Punch, monthly between 1862 and spring 1887. Like its British namesake, the magazine was written in a humorous, often satirical manner, and was illustrated with Wirgman’s cartoons.

Wirgman formed a partnership called “Beato & Wirgman, Artists and Photographers” with Felice Beato from 1864 to 1867. Wirgman again produced illustrations derived from Beato’s photographs while Beato photographed some of Wirgman’s sketches and other works.

Wirgman taught western-style drawing and painting techniques to several Japanese artists, possibly including the ukiyo-e artist Kobayashi Kiyochika. He also was briefly an English tutor, most notably to the future Admiral Tōgō, then a young cadet.

In the 1860s, he accompanied British envoy Sir Ernest Satow on some journeys around Japan as described in Satow’s Diplomat in Japan.

Wirgman’s grave is in the Yokohama Foreign General Cemetery.