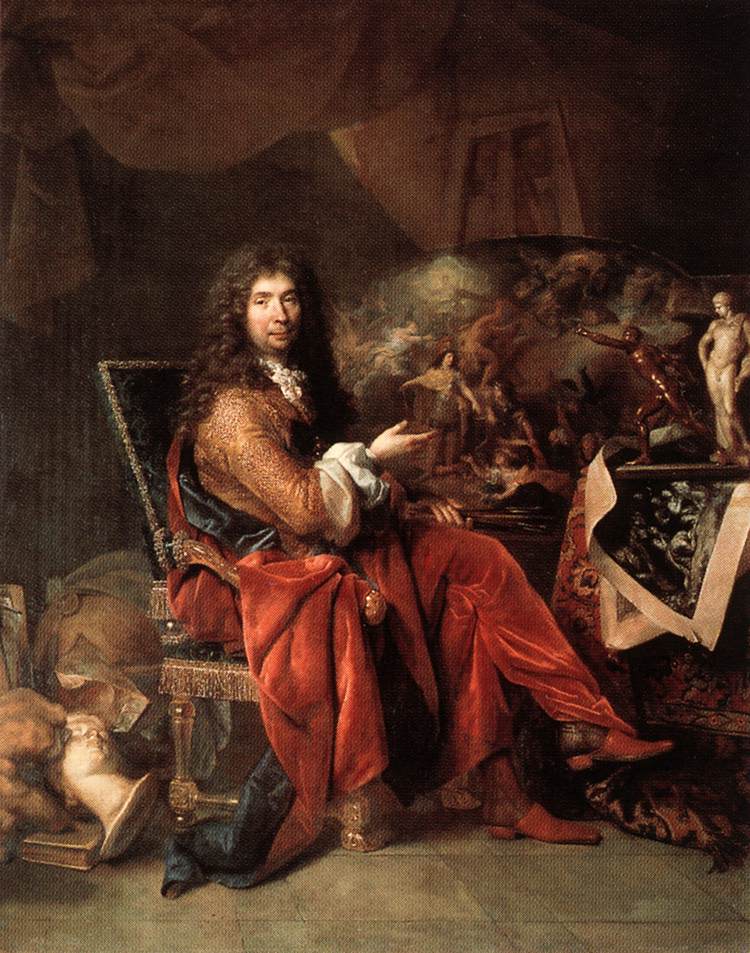 Following the Academies in Italy, the French Royale Academy was founded in 1648 at the instigation of the painter Charles Ie Brun, with permission from the young king and under the protection of Mazarin.

This Academy also envisaged emancipation of the artist, who until now had been regarded too much as a craftsman, subordinate to the masters-jurors of the Guild of Saint Luke. But unlike the Academia of Zuccaro, the French Academy had a much stronger focus on classicalism and was associated with the cultural policy of the Sun King and his Minister Colbert.

In 1663, the Académie opened its gates in a new form for anyone who had talent and was of impeccable behaviour. Fourteen women were also members. From 1725, the works were exhibited in the “salon ” of the Louvre, “Le Salon”. Colbert also founded an “Académie de France” in Italy where winners of the Prix de Rome could continue their formation.

The Académie Royale was organized according to a strict hierarchy with a director, a chancellor, a rector, professors, and academics in such a way that she soon established a true monopoly in the field of art.

Until the time of Louis David, around 1790, there were few painters who turned against the Academy as opponents. Yet there were malcontents, artists who were dissatisfied with this situation.

They had the opportunity to stay with the Guild of Saint Luc, or to join the Academy of Saint Luc, who stayed in the shadow of her mighty sister. It was not until 1791 during the French Revolution that the Académie Royale was obliged by decree to open the Salon to malcontents as well.

Le Brun wrote a treatise on the “Human and Animal Physiognomy” with remarkable illustrations about the human-animal comparison.