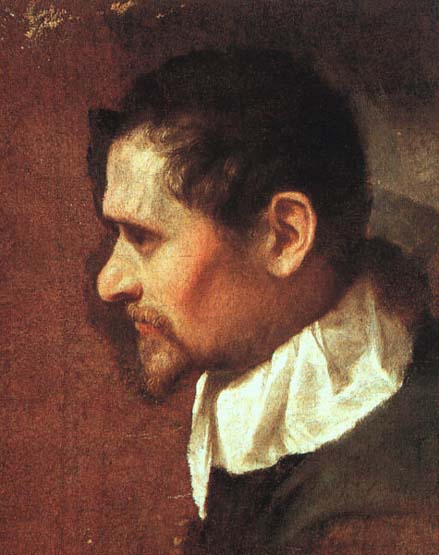 Augustine and Annibale Carracci founded in Bologna the “Academy of Incamminati”.

The emphasis lay on drawing afterlife with the intention to revive the pure style of Rafaël and Michelangelo.

But Annibale was also the first to draw exaggerated portraits in striking lines without any political or satirical intent. As a model, he used students and friends.

The distorted faces and animal bodies were sometimes placed on lifeless objects, a technique also which later often would be applied. All this is narrated from reliable literary sources, but examples have not been found so far (!)

The Italian word “carricare” means “overcharge, exaggeration,” and has only a coincidental connection with the name “Carracci”.

According to Carracci the role of the caricaturist is the same as that of the classical artist because both complete the plan of nature, the latter visualizes a perfect shape, the first a perfect deviation thereby bringing out the essence of a person.